A long-term use of tobacco takes its toll. Patients affected by lung and bronchus carcinomas are in 90% smokers. However, tobacco is not the only stimulus behind the disease. According to statistics, men are three times more at risk of lung cancer, but numbers of female patients are continuously rising. It has been estimated that women in the USA die of lung cancer more often than of ovarian, uterine and breast cancer combined. Out of 7 million people dying of cancer worldwide each year, 1.3 million are affected by lung cancer. 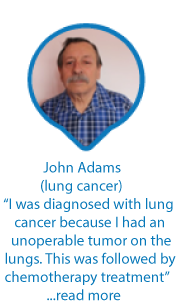 How does Penoxal help in lung cancer?

The most common type of lung cancer is in 80% of cases a so called non-small-cell lung carcinoma which grows slowly, thus a surgical intervention is usually selected at the initial stage of treatment. Other treatment methods (chemotherapy and radiotherapy) are not as effective. 20% of lung cancer cases are so called small-cell lung carcinomas that grow fast and soon spread into tissues (metastasise); their treatment is based on cytostatics (chemotherapy) or radiotherapy as they respond well to it.

Long-term smoking is directly associated with lung cancer, even passive smoking, as suggested by many research studies. The risk of developing lung cancer is 13 times higher in smokers, and it affects 25% of long-term smokers. Genetic predispositions remain the subject of further studies; in some people with a family history of lung cancer the disease may not manifest at all depending on many aspects such as the immune system resistance. Also air pollution (exhaust fumes, asbestos, uranium) in some regions carries some risk as well as ionizing radiation and radon escaping from the soil or ill-suited building material. Unfortunately, lung cancer symptoms are often subtle and the statistics suggest that 60% of tumors are diagnosed late when the disease is poorly curable or terminal.

The initial stage is often asymptomatic, lung cancer is usually revealed at later stages with some non-specific problems such as cough (different from the common cough of a smoker), hoarse voice, increased fatigue, loss of appetite and weight loss. Warning signs are fever, difficulty swallowing, persistent cough combined with expectoration of blood, or chest pain progressing to back pain. As in lung cancer bronchitis may be another manifestation. Prognosis is usually poor due to a late diagnosis associated with the presence of metastases in other organs, thus treatment focuses primarily on alleviation of symptoms and the prolongation of patient’s life. The quality of life is influenced by the ability of the immune system to suppress some symptoms and to fight the tumor growth.

Important preventative measures are non-smoking and avoiding smoky places or air-polluted environment. Early assessment and treatment addressing any breathing problems (hoarse voice, persistent cough, shortness of breath) should be crucial. Outdoor exercise, preferably in the mountains, woodland or by a sea is beneficial for lungs as well as mental well-being. The risk of lung cancer is curtailed by a strong immune system which naturally destroys harmful cells.

Impact of the immune system on lung cancer

A weak immune system increases the risk of cancer. Immunity is a primary factor which naturally limits the damage to healthy tissues and thus prevents tumor growth. The same applies to lung cancer to which smokers are more susceptible. If the declining immunity is not addressed, healthy cells mutate and cancer develops. Psyche has a great impact on a function of the immune system. When a person is overwhelmed by negative energies, the solution is not to grab a cigarette, but to go for a walk in the countryside, to promote the flow of endorphins, and to start the empowering detox using appropriate natural food supplements.