Penoxal is a registered food supplement and its main component is a patented active ingredient called Biocol. It is of a natural origin and acquired through a complex biotechnological process followed by standardisation in compliance with the most stringent hygienic and technological regulations [1].

It is derived from a microorganism calledTalaromyces purpurogenus, an isolated strain of a microscopic fungus which has a profound effect on the human body [2]. Talaromyces purpurogenus strain produces anthraquinone – an exogenous pigment. Similarly to anthraquinone it belongs to derivates of anthraquinone, which is an aromatic organic compound. It is a pigment of natural origin and it may be included in other natural pigments contained in various fungi such as ankaflavin (fungal species Monascus), lycopene (Blakeslea trispora fungus) or riboflavin (Ashbya gossypi fungus) [3].

Regarding its action described above Biocol helps to better tolerate radiotherapy and chemotherapy[6].

It is more suitable to complement the conventional cancer treatment at an early stage of the disease [7].
Biocol may be used as a form of prevention or as a food supplement in cancer patients.

It promotes the immune system by two mechanisms of action. Firstly, it blocks oxidation processes and it normalises the process of programmed death of diseased or damaged cells called apoptosis. If apoptosis is dysfunctional, it may become one of the initiating factors of cancer.

The second mechanism is based on a positive effect of T and B-cells. B-cells detect foreign bodies and produce specific antibodies whereas T-cells engulf foreign damaged cells or cells attacked by a virus or cancer. Biocol acts on two subgroups of T-cells known as CD4+ and CD8+. CD4+ lymphocytes help other lymphocytes to engulf damaged cells and to produce antibodies. They are also called helpers. CD8+ lymphocytes are cytotoxic cells that contribute to the killing and elimination of infected or diseased cells. They may force the damaged cell to apoptosis or they eliminate it by their own mechanisms. During apoptosis the cell disintegrates into small pieces and phagocytosis takes place; in this way there is no necrosis or subsequent inflammation as in the case of incorrect cell death. This action contributed to the recommendation of its use in cancer patients (Mapari, 2005 [8]), as stated in the book Advances in fungal biotechnology by Mahendra Rai [9].

Biocol however has a positive effect even on gastric diseases – it reduces excess acidity in the stomach, it promotes a healthy growth of intestinal microflora, and by stool alteration it helps in diarrhoea or constipation. It is also used in gynaecology. It acts against the adverse microorganisms (in vaginal yeast infections) and HPV infections (causes of precancerous changes to the cervix, and genital warts). Apart from Biocol Penoxal contains one more components. The vitamin C. Vitamin C (ascorbic acid) enhances the non-specific immunity by stimulating lymphocytes, and it contributes to alleviate the oxidative stress. It affects immunity by two primary means. It ensures a normal functioning of B and T-cells and the normal production of antimicrobial molecules during the respiratory spurt of phagocytes. The usage increases during infection or an inflammatory response [10].

Penoxal contains maltodextrin as an additive which absorbs more slowly unlike glucose, and sugar levels increase less sharply so it is suitable for people with diabetes. This agent enables the use of Penoxal to people with diabetes. A naturally gluten-free corn starch is used as a source of maltodextrin, therefore the product may be used by people suffering from celiac disease. The product is well tolerated and may be used on a long-term basis, it is not addictive. No side effects have been found – it can rarely cause diarrhoea so the dosage should be reduced (if hypersensitivity to any of its components is ruled out). No interaction between Penoxal and other medications or food supplements has been noted so far.

The product may be recommended as a dietary supplement in cancer treatments (it may be used along with chemotherapy and radiotherapy) and in precancerous stages. It is also used as a form of prevention for cancers and cancer relapses.

In the field of gastroenterology, it may be used as a dietary supplement in gastric and duodenal ulcers, Crohn’s disease, celiac disease, ulcerative colitis, diverticulitis or colon polyps. Gynaecologists may recommend it to their patients for vaginal yeast infections, genital warts, endometriosis, recurrent mastitis and other diagnoses. Generally, Penoxal may be recommended in order to support immunity in bacterial and viral infections as well as inflammatory processes.

It should be noted that Penoxal is not suitable for children younger than 3 years, pregnant and breastfeeding women.

The basic structure of anthraquinone (natural pigment) from Talaromyces purpurogenus [14].

To conclude it needs to be clarified that Biocol® substance has been on the Czech market since 1996 contained in the product BIOCOL, then in 2007 in Gesavit. During this period it was sold under various brand names (GESAVIT, INHIBOL, BIOCOL, PENOXAL). All the products mentioned were manufactured according to the licensed technology of the biotechnological manufacture of the microscopic fungus called Talaromyces purpurogenus. The food supplement GESAVIT was well-known to the professional public, especially in the field of oncology, gynaecology and gastroenterology, and it was widely and successfully used by patients with very good outcomes. GESAVIT was taken off the market in April 2015 and substituted by the new product called PENOXAL. 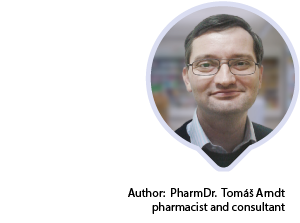