Radiotherapy is one of primary methods of cancer treatment used in up to 60% of all cancers. Unlike chemotherapy which is perceived by many as a “treatment with chemical poison”, radiotherapy inspires not as much fear. It is gentler to the human body and according to statistics (depending on a type of tumour) even more effective – in almost 30% of cases, radiotherapy as the only method of treatment can eliminate cancer. However, it is more often complemented by chemotherapy (due to potential metastases) and performed prior to and after a surgical intervention. 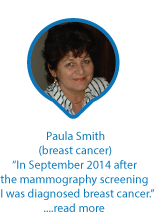 Radiotherapy is based on repeatedly conducted radiation of tumours sensitive to ionising radiation, it is commonly applied for prostate, breast or colorectal carcinomas and metastases to lymph nodes and bones. Radiation uses beams of accelerated electrons and photons that are specifically targeted and cause irreversible changes to cancer cells leading to their destruction. Unfortunately, radiation affects and damages even healthy radiation-sensitive cells, thus having a negative impact on their function (brain, spinal cord or lung cells). As the rays travel through tissues they lose energy, so only a part of emitted radiation reaches the tumour itself.

Currently new options are tested that would increase harmful radiation to cancer cells even more so – by injecting particles of gold into glucose which is the most important nutrition of cancer cells, and thereby increasing tumour sensitivity to radiation. Higher effectiveness of radiation was observed in a so called complementary therapy using curcumin, melatonin and other substances. Principles of their action on radiation effects remain under investigations. 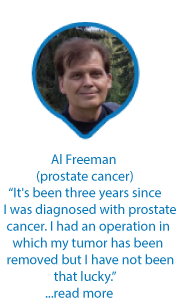 Radiotherapy is applied in 2 ways:

A novel method in cancer treatments using radiation is proton therapy which reaches higher effectiveness while causing less damage to healthy tissues. It uses the physical properties of protons and their greater penetration through tissues (over 200 MeV = megaelectron volt). As opposed to standard radiotherapy it can change the direction and tilt of radiation, thereby protecting organs near the tumour. Due to a lesser damage to healthy tissues, its ability to eliminate irradiation to nearby organs, and higher intensity of radiation absorbed by the tumour (up to 80% of energy), radiation by protons reduces the risk of potential complications, accelerates recovery, and thus increases the quality of life. Currently, proton therapy is covered by most insurance companies.