Of all gynaecological infections chlamydia is on the increase causing trouble to women and men. Chlamydia are small organisms that induce the sexually-transmitted disease. If untreated, it progresses to lung infection, which leads to pneumonia at the worst case. Chlamydia infections affecting lungs are insidious and their symptoms are very difficult to recognise. In terms of gynaecology, chlamydia is often considered a disease of civilisation as it affects up to 15% of sexually active women. A vast majority of the affected are not even aware of chlamydia, because its symptoms are not visible. A resistant body can deal well with bacteria, but untreated women with a weak immune system are at risk of losing fertility. 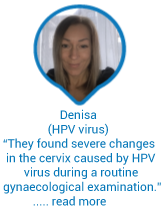 How does Penoxal help in chlamydia?

Penoxal aids an easier and faster recovery as it promotes immunity and thus reduces a risk of developing the disease; it balances the internal environment and it harmonises the reproductive organ activity. M.D. Anna Galambos, Pharm.Dr. Thomas Arndt and other doctors confirm in their statements about Penoxal that it is suitable food  supplement to complement gynecological treatments. Find out more about Penoxal users experience HERE.

Signs and symptoms of chlamydia

Chlamydia symptoms are tricky and manifest very subtly. Typical symptoms such as pain and pruritus are not present in three quarters of infected women and half of infected men. This shows how dangerous chlamydia is as an infectious disease. Women with the sexually-transmitted infection present along with abdominal pain, burning during urination, bleeding outside their menstrual period or vaginal pruritus. Men suffer from pain and pruritus of urethra even during urination. Other problems may include swollen and painful testicles and, less commonly, joint pain. 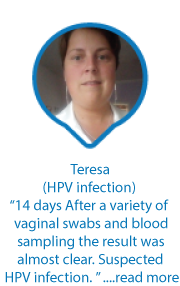 A safe way to prevent chlamydia is by practicing safe sex, but with promiscuous lifestyle it is often impossible to avoid infection even with contraceptives. Another important step is to use own towels and follow a strict personal hygiene. Symptoms such as burning and pruritus do not necessarily indicate chlamydia, however, in such cases it is advised to consider the use of appropriate natural food supplements to boost the immune system.

For vaginal pruritus or chlamydia diagnoses doctors usually prescribe antibiotics. A patient is advised refraining from sex during the treatment. Antibiotics are administered mainly to dampen down unwanted germs, but the infection is not eradicated entirely. An essential step involves re-treating the sexual partner who presents a risk for further infection. Patients with gynaecological problems should strengthen their immune system as it plays a major role in the body’s defence against unwanted organisms.

Impact of the immune system on chlamydia

Chlamydia is very dangerous to the body and its treatment is demanding. Its hidden attack may significantly harm human health. At this point, it is the body’s power or its immune system to cope with unwanted bacteria, eliminate them and achieve health. In the modern times, when immunity is compromised by poor diet, a lack of exercise, etc. it is necessary to prevent chlamydia and other gynaecological conditions. Enhancing the immune system with a suitable natural food supplement meets all the criteria for optimal prevention.