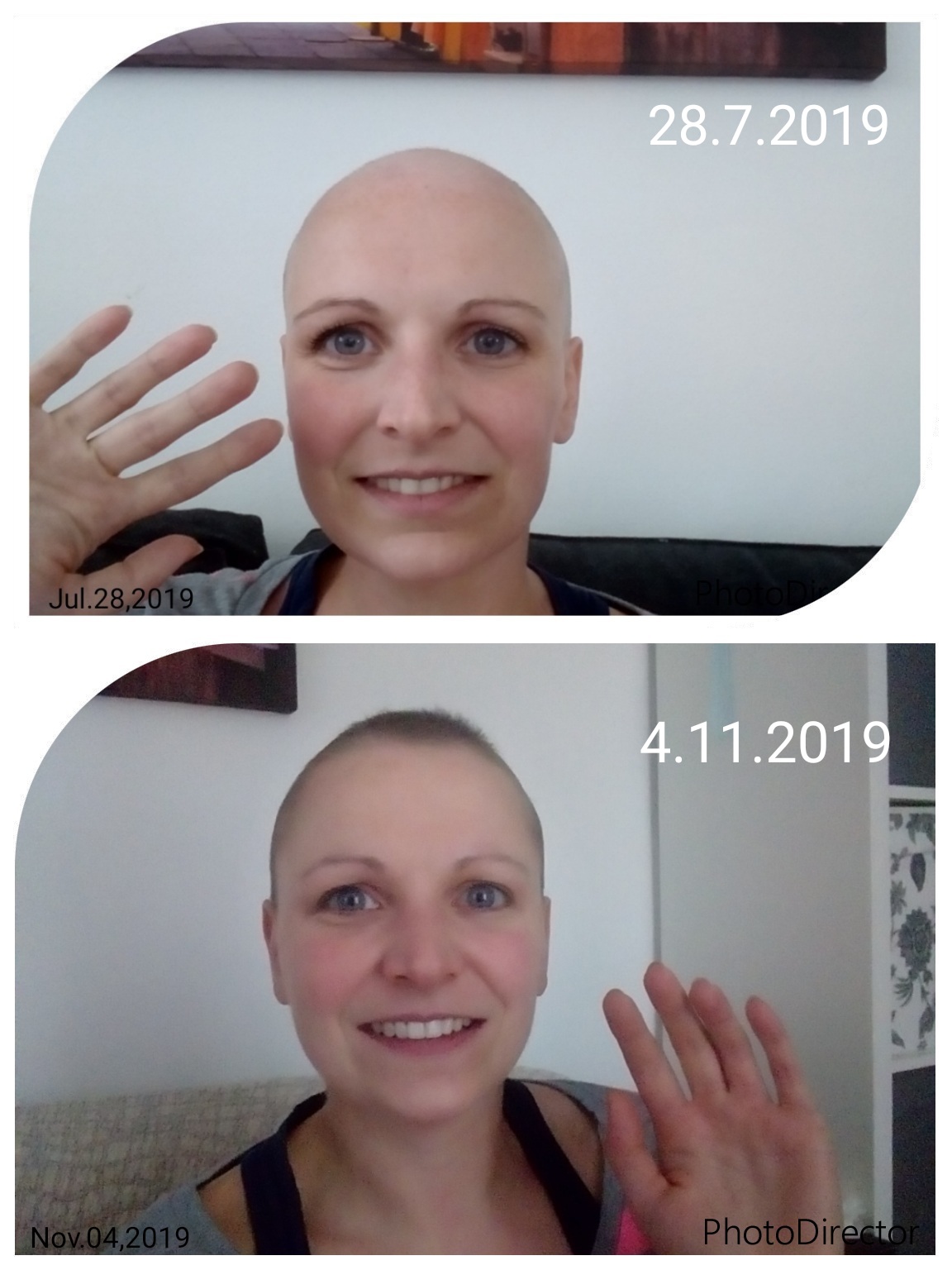 My name is Adela Privoznikova and I became pregnant on September 19th, 2018. Unfortunately, I couldn't enjoy a normal pregnancy like other women. On January 25th, 2019, a lump appeared on my neck that grew. The doctors were scaring me with a toxoplasma that would be dangerous to my unborn daughter. I had to go through a lot of examinations at the infection department at Bulovka to the hematology in Motol. At Hematology, they told me they had to take a sample from my neck where there were more lumps appearing. Fortunately, they managed to take this sample under partial anaesthesia, so it didn’t harm my unborn little girl. Eight days after the operation, the doctor called me and invited me to check. On March 24th, the doctor told me I had Hodgkin's lymphoma that they couldn't treat there and sent me to the hospital.

On the April 8th, I was at the examination for the first time, where I agreed with the doctor that we will wait as long as possible with the treatment because I was only six months pregnant and the expected date of birth was June 29th, 2019. Unfortunately, the lumps on my neck continued to grow and I was slowly losing control of my left hand and began to breathe harder. On May 29th, I had to go to premature birth, but my baby was born fine. A week later, I started chemotherapy and underwent 4 cycles of chemotherapy, unfortunately, some of this was spent laying with high temperatures in the hospital at the ICU, where they had to give me blood and platelets.

After this treatment, I started taking Penoxal, which I discovered on the Internet and I liked it very much after reading the reviews and effects. Now I’m on my third pack and I can say that I feel very good in terms of my mental as well as physical condition, and the doctor also told me that my immunity is getting better faster than usual. Another thing that surprised me was that I have not been ill since taking Penoxal and my fatigue is diminishing. My blood values have returned to normal, and so has my life. I can only recommend this product.

The story outlined is true and it was written by Adela. Would you like to share your story too? It will help others to decide and we will gladly reward you for it. SHARE YOUR STORY

How does Penoxal help in Hodgkin's lymphoma?