Home/Endometriosis and its signs and symptoms

In 2015, I underwent a laparoscopy for pain in the lower abdomen, which revealed endometriosis. The states of good condition alternated with states of pain, leading to me receiving my first hormones making a mass in my body. I'd never heard of Penoxal; it was completely new to me. But on that day, every page seemed to mention it. ........ read more

Endometriosis and its signs and symptoms

Endometriosis is a gynecological disorder most commonly affecting women during their reproductive age. Endometriosis is when small particles called endometrium grow outside the uterine cavity or outside their usual location. Endometrium may be detected in ovaries, urinary bladder or in the bowel. Consequently, cysts and uterine fibroids may form and lead to uncomfortable pain. Endometriosis poses a risk when trying to conceive. 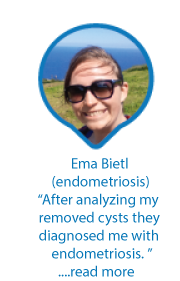 Causes of endometriosis are not entirely clear in terms of gynecology. However, experts agree that it may be influenced by a menstrual cycle when small endometrial cells grow in a wrong place. This theory is supported by the fact that women with heavy menstruation are those commonly affected. Adolescent girls suffering from irregular menstruation and a limited or even no outflow of menstrual blood are another risk group. In terms of immunology, women with immune deficiency are also at risk. The likelihood of developing the condition thus depends on immunological, genetic and hormonal factors. 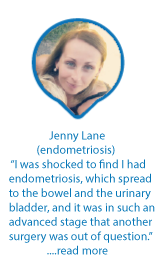 Signs and symptoms of endometriosis

Endometriosis can manifest differently. Fertility problems may indicate a potential sign. More common signs and symptoms are migraine, mood swings, sleep problems or a temporary loss of menstruation. Gynecological assessments can detect endometriosis via ultrasound. There is a specific depiction of cysts. Endometriosis is accompanied by pain such as pelvic pain or a very painful menstruation. It is important to diagnose carefully as it manifests similarly to inflamed ovaries. Misdiagnosis may lead to unnecessary use of antibiotics. If endometriosis is suspected during an assessment, diagnosis is best to confirm by laparoscopy.

Many current studies show that lifestyle has a significant impact on endometriosis. For example, a research study by Harvard School of Public Health revealed that women drinking two or more cups of caffeinated coffee daily were twice as much at risk of developing endometriosis. The cell growth may also be promoted by chemically-treated food. Chemicals inhibit the immune system activity fighting foreign cells. The immunity boost is therefore essential to prevent endometriosis.

The modern mainstream methods include surgical procedures (by laparoscopy) or hormonal therapy. Unfortunately, the hormonal therapy is accompanied by climacteric signs and symptoms such as mood swings, migraines, sleep problems or hot flashes. An alternative way of alleviating endometriosis is by using alfalfa; it contains vitamin K and iron promoting blood clotting and healing. Naturally strong immune system easily enhanced by natural food supplements contributes to a fast healing action.

Impact of the immune system on endometriosis

Even though a hormonal therapy or surgical interventions eliminate endometriosis and its symptoms, the cause or a risk factor remains. Each gynecological disorder arises due to a cause, and this is difficult to identify. If symptoms and its risk factors are overlooked and accompanied by a weak immune system, endometriosis can return easily and become more serious. Boosting the immune system by a natural food supplement makes it easier to treat and prevent endometriosis.