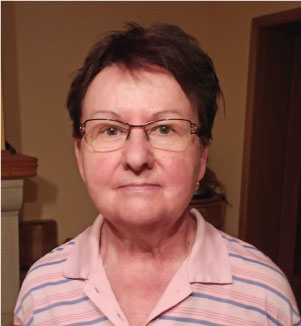 While I was undergoing this treatment, I stumbled upon Penoxal online. Although I’m generally suspicious of such food supplements, I started taking it. After taking Penoxal for a while my blood count improved and so I ordered another pack due to the results being so positive. During my last check-up my doctor determined that my blood count was even better than before. This convinced me that the supplement really worked.

Due to the price, I waited a while before writing a positive review, preferring to take Penoxal for a longer period of time, so that I could be totally sure about recommending it.

As chemotherapy didn’t leave me feeling very well and my cancer tumours weren’t growing too much, my doctor discontinued the treatment for three months. Since then, I’ve been taking Penoxal 3 times a day; I used to only take it twice a day. After the three months, new images showed that my tumours hadn’t changed much. So the doctor decided to postpone the treatment for another six months. I believe this is the result of Penoxal’s positive effects. Considering my experience, I definitely recommend this supplement.

The story outlined is true and it was written by Eva. Would you like to share your story too? It will help others to decide and we will gladly reward you for it. SHARE YOUR STORY

How does Penoxal help in liver cancer?