Lilly - IBS
As I come from a medical background I was in contact with illnesses a lot and it seemed I would catch everything around me. Apart from that I always battles IBS. A friend of mine recommended Penoxal and after my already years long expensive journey through natural supplements, I was more than suspicious. ........ read more

Irritable bowel syndrome and its symptoms

Irritable bowel syndrome is a digestive tract disorder characterized by recurrent symptoms of abdominal pain, convulsions and excess gas associated with hard stool (constipation) or watery stools (diarrhea). It is not a disease, it is considered a functional disorder in which the intestines behave abnormally but exhibit no visible signs of disease or damage to the intestinal wall. It is a long-term condition for patients, but it is not life-threatening.

What is the use of Penoxal in gastroenterology?

What are the causes of Irritable bowel syndrome?

What are the symptoms of Irritable bowel syndrome?

Symptoms of irritable bowel vary. The most common are:

Most people with this problem experience different states where symptoms are worse and periods when they improve or even disappear altogether. 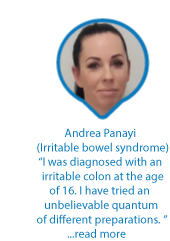 The treatment of irritable bowel disease is aimed at alleviating the symptoms so that the person is not limited in his life. Moderate symptoms can often be mitigated by stress management and changes in your diet and lifestyle.

The cause is not yet known and effective preventive measures are not in place. Scientists believe that this fact affects both physical and mental health problems. Although there is no cure for irritable colon, this condition is not life-threatening, and symptoms can be improved with a number of dietary, medical and mental health treatments.