Home/Inflammations/Endometritis and its signs and symptoms

Endometritis and its signs and symptoms

Female genital organs undergo various changes throughout life, e.g. as a result of childbirth or abortion. The uterus comprises of three parts (cervix, uterine body and fundus), where each one of those can be affected with inflammation. When inner lining of the uterus is affected it is called endometritis. Infection is transmitted primarily via vagina or in blood circulation. 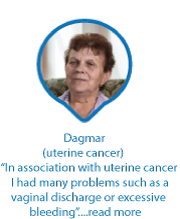 How does Penoxal help in endometritis?

Penoxal aids an easier and faster recovery as it promotes immunity and thus reduces a risk of developing the disease; it balances the internal environment and it harmonizes the reproductive organ activity. M.D. Anna Galambos, Pharm.Dr. Thomas Arndt and other doctors confirm in their statements about Penoxal that it is a suitable food supplement to complement gynecological treatments. Find out more about Penoxal users experience HERE.

Endometritis usually develops in relation to childbirth or abortion; however, promiscuous women are at much greater risk of the inflammatory gynecological disease. Inadequate hygiene of both partners is also a risk factor. Inflamed deposits in the body can also trigger the disease and infect uterus via blood flow. A weak immune system is a number one risk factor. Overlooking heavy vaginal discharge may contribute to endometritis as it is a red flag of the disease.

Signs and symptoms of endometritis

Prolonged pain in the lower abdomen or lower back is a common symptom of endometritis. Other painful symptoms such as pain during urination or during a large bowel movement may appear. If endometritis becomes chronic, its manifestations are difficult to recognize. For example, bleeding between periods is an unclear sign as it can be part of prolonged menstrual cycle. However, such sign may indicate a serious gynecological disease including cancer, so every woman should be aware. Fatigue, chills, fever and purulent vaginal discharge are other manifestations of endometritis.

An important preventative measure is adequate hygiene of both partners. Potential infection during sexual intercourse may be prevented if using a barrier method of birth control (condom), which inhibits bacterial penetration. Boosted immune system enabling the body to cope with infections is the most effective prevention of the inflammatory disease. If signs such as vaginal discharge indicating decreased immunity appear, we can stop the disease progress using a natural food supplement which recharges the body for better infection control.

Similarly to other inflammatory diseases, endometritis is usually treated with antibiotics. Based on the smear a gynecologist identifies the origin of bacteria and determines appropriate antibiotics. Suitable natural therapy then involves various herbs in forms of infusions. A consequence of endometritis may be a weak immune system which needs to be promoted during the treatment and preventatively.

Impact of the immune system on endometritis

Caution, if the vaginal discharge or other signs of endometritis subside, it is not over yet. Women should always care for their most sensitive body parts, primarily as a form of prevention. The body is spared the burden, because there is no need to fight infection, and also no need to be clogged by unnecessary medications. Unless the immune system is enhanced while treating endometritis, its pronounced weakness due to chemical drugs may cause chronic problems or even a serious gynecological disease.