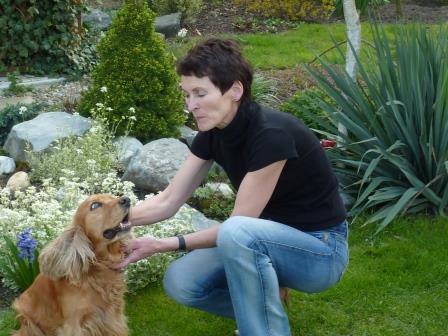 I’d like to tell you about my experience with Penoxal. In the early winter of 2016, I began suffering from health issues. At first it seemed to be a regular viral infection—pain all over, high body temperature, and some coughing. But the cough wasn’t getting better and after a few days I started having a prickling sensation in the chest, as well as pain. My GP immediately sent me to have a lung X-ray. I was diagnosed with pneumonia and prescribed antibiotics. After I had finished taking the antibiotics, an issue was discovered. So I was given another pack. Roughly two months after the treatment I began coughing again and the prickly pain in the chest returned. I was X-rayed once more and naturally prescribed another pack of antibiotics. Considering my age, I didn’t want to neglect anything and I believed the doctors knew what to do. It was spring by the time I pulled through and my issues subsided. But the following winter they returned—a raised temperature and a prickling sensation in my chest. I was no longer even coughing. So the cycle of X-rays, constant antibiotics, and immunology examinations began anew, no with no result whatsoever.

After suffering from pneumonia for 3 consecutive winters with no one able to tell me the cause, I tried to figure out what the problem was by myself. Although I seemed and generally felt healthy, examinations kept revealing there was a small issue with my lungs.

In the end I turned to alternative treatment. Instead of the herbs and teas I’d expected, I was recommended Penoxal. I started taking 2 tablets a day immediately, and continued with the dosage throughout the winter. The results were outright miraculous—not only did the pneumonia never come back, but I didn’t even catch the cold (even though I regularly babysit my nursery-age grandchildren). I’m more energetic, my joints don’t ache, and my grandkids know me only as the spry grandma :)

I recommend Penoxal wherever I go. Even my daughter takes it since it improved her digestion, and reduced her gynaecological issues, and resolved her hair loss. The issues she’d struggled with for roughly 10 years were gone in one month.

I’m very happy to have discovered Penoxal. The only thing I can’t understand is why doctors at the immunology ward didn’t recommend it to me themselves. If they had, I wouldn’t have had to suffer for such a long time or undergo the endless antibiotics treatment.

The story outlined is true and it was written by Vojteska. Would you like to share your story too? It will help others to decide and we will gladly reward you for it. SHARE YOUR STORY