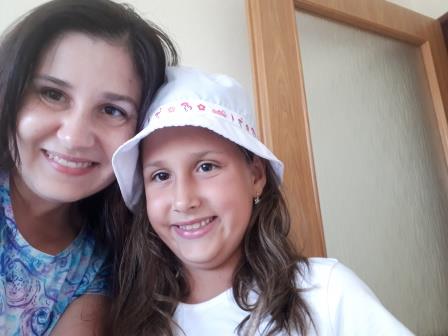 Hello, in December 2020, I felt a lump in my breast. My doctor assured me it was likely nothing, he performed an ultrasound, and scheduled me for a check-up in 2 months, saying I had nothing to worry about and that he’d do another ultrasound when I come back for the examination. After all, I was too young to be diagnosed with breast cancer and women my age don’t have screenings done anyway. Although I had retinal cancer as a child, I thought I wasn’t at risk.

After the February check-up, the doctor said everything seemed fine—the lump hadn’t grown and my nodes were fine. Still, he preferred that I go for a biopsy when I have the time, no rush. Since I was busy with work and the biopsy could only be performed on a Friday, it was only in early April that I underwent the examination. Ten days later, I received a call, learning I had a diagnosis—breast cancer.

I had surgery a week later, and after another month, once my mastectomy scar healed, I started chemotherapy, followed by a biological therapy after 12 weeks; I’m still continuing the latter. Then I will undergo radiation therapy, along with the year-long biological therapy, and finally 10 to 15 years’ worth of hormonal therapy, with induced artificial menopause. I looked for a supportive therapy to help me with the disease. I began taking Aloe, bought a Reishi extract, and after my surgery took Wobenzym.

My blood count after each chemotherapy session was catastrophic and I had to receive injections to promote blood cell growth. It always gave me pains all over, especially in my muscles and bones, as if I had the flu. Online, my mum found a much-praised product—Penoxal—and mentioned it to me right after my third chemotherapy session. The sessions weakened me a lot and I’d always lie in bed for 5 days after they were done. Drinking or holding a glass and lifting it was an issue, not to mention eating—my stomach was very queasy. The oncologist couldn’t believe how badly I was handling things.

At first, I was sceptical about the product helping, but my parents bought it so I began taking it. I’m on my fourth pack already and all my blood samples have been fine ever since. Even my doctor marvelled at how well my body was suddenly handling the treatment. Now I feel well after each chemotherapy session, as though I never had it. Once I’ve finished the fourth pack, I’m taking a month-long break but I already know I’m going to keep taking Penoxal for a long time.

Currently I’ve had four strong chemo sessions, 7 weak ones (five more to go), and 2 biological therapies, yet I feel really well. Now I know it’s thanks to your Penoxal, and recommend it to anyone who’ll listen. I don’t regret a penny of what I’ve paid for it; even my doctor wanted to know what it was I’d been taking, although she’d looked it up online when I was starting my treatment and told me it definitely couldn’t hurt and I was free to take it. When you have cancer, you should consult your attending physician before taking any medicine or supplements because some definitely shouldn’t be used.

I’m grateful for Penoxal, even though I’m seriously sick and my disease unfortunately wasn’t diagnosed until it had advanced to a late stage. Your product helps me function at home and take care of my husband, my 9-year-old daughter, and 3-year-old son as well as I can.

The story outlined is true and it was written by Veronica. Would you like to share your story too? It will help others to decide and we will gladly reward you for it. SHARE YOUR STORY