I would like to share my personal experience with Penoxal. For a few years I suffered a viral disease due to the weak immunity. It was catastrophic. The weak immune system manifested as elbow pain, often as shooting knee pain, or an unpleasant muscle twitch in the leg, etc. Often a swollen groin would appear and no creams helped. Since I have a child who sometimes carries illnesses contracted from other children, I got often ill with a cold, and my immunity could hardly ever defend from it. At the same time, I suffered back pain, headaches, and frequent fatigue, and overall, I felt very weak so I decided to find help. My friends advised visits to doctors and physiotherapists, but nothing helped to the point when all the pain would disappear, including the unknown cause of my troubles. 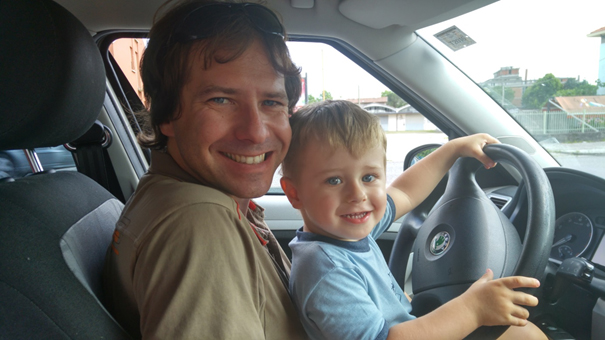 I began to search the internet to find a natural way for my recovery. I discovered Penoxal which I initially viewed with scepticism. But today I swear by it and recommend it to my family and friends.

I started using Penoxal 50 mg twice a day, always on empty stomach as recommended. I relied upon my body re-charge. Within two weeks my elbows and back stopped aching as if by magic. Another two weeks later the muscle twitches were gone too. I suddenly felt my arms were as light as feather. My stiff back muscles relaxed shortly after. The ever-present fatigue began subsiding after about a month of using Penoxal. Also the feeling of having inflammations in various places of my body has gone. It is incredible how I feel today compared to what it was a year ago. For me Penoxal is a miracle in which I had almost no hope. As for digestion, I have not reached a regular bowel movement yet, but the usual interval of 3-4 days of constipation in the past has shortened to every other day, so I am pleased about that. Despite my high work commitments I feel a huge relief, physical as well as psychological, because prior to Penoxal I worried that my condition would become more serious.

Because my son will soon celebrate his third birthday and his body got weak due to recurrent colds, I decided to buy Penoxal for him. I would like to recommend Penoxal to my wife too, but she is heavily pregnant, so we will wait until the end of the postpartum period. I also introduced Penoxal to my mother and mother-in-law, as I believe they will get a relief from their occasional health problems, or at least, it will boost their immunity and provide protection from flu and colds.

The story outlined is true and it was written by Michael. Would you like to share your story too? It will help others to decide and we will gladly reward you for it. SHARE YOUR STORY