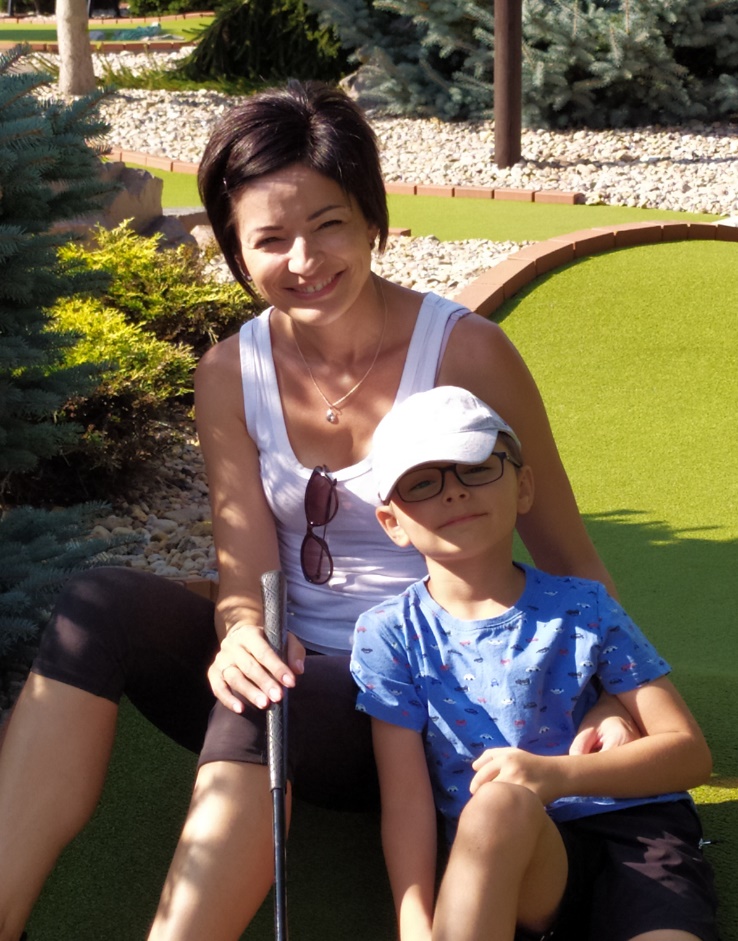 When I turned 21, I began to struggle with health issues. I started going to the allergology and immunology wards where I was diagnosed with asthma and immunodeficiency which manifested itself as exhaustion and frequent sickness. After I gave birth to my first daughter, I started suffering from digestive issues—stomach (intestinal) ache, cramps, and bloody stools. Doctors ignored my issues, saying I was “young, so it’s no big deal”. When I gave birth to my second child and ended my maternity leave, I took up a job as a hospital nurse and began addressing my issues at the ward I worked in. A doctor, my colleague, sent me for several examinations which revealed I had gut inflammation. Once I dealt with it by taking several antibiotics, I was more or less healthy for the next 10 years. However, in 2020 I suffered from acute inflammation of the small and large bowel. After many examinations I was diagnosed with ulcerative colitis and prescribed corticoids. After fourteen days treatment, blood started to appear in my urine. After a few more examinations I was diagnosed with ovarian endometriosis and prescribed hormonal treatments which I refused once I read the instruction leaflet, and I had also gone online to learn about the experiences of other women.

I looked for alternative treatments and stumbled upon an article where I learned of Penoxal, which was supposed to address precisely my diagnoses (immunity, endometriosis, and ulcerative colitis). I didn’t let the high price deter me and ordered a pack (120 capsules). By the time I finished it the pain in my lower abdomen as well as the blood in my urine and stool disappeared. Overall, I felt better.

Unfortunately, I also lost faith in traditional medicine. I’d like to recommend Penoxal to everyone who suffers from any of the issues described above. Now I believe only in natural products/medicine as far as long-term use is concerned. In regards to my alternative treatment, Penoxal definitely qualifies.

The story outlined is true and it was written by Jitka. Would you like to share your story too? It will help others to decide and we will gladly reward you for it. SHARE YOUR STORY

What is the use of Penoxal in Ulcerative colitis?