Peter - borreliosis
After the detection of acute borreliosis I was treated with antibiotics which initially precipitated an acute borrelia to the borderline level but after that I was attracting ticks even more and during one year I had 10 of them. After next blood sampling I had an acute borreliosis again. I thought that only by strengthening the immune system would I start my body to defend itself. I searched the internet and found Penoxal which works on health without any side effects. ........ read more

What makes up the immune system?

The immune system composes of lymphoid organs and white blood cells. Lymphoid organs are highly specialised lymphoid tissues with a large number of lymphocytes and we differentiate them as primary and secondary. Beside secondary organs (spleen, tonsils), primary lymphoid organs play a very important role and these are thymus and bone marrow. The main function of thymus takes place during childhood; later with increasing age, it is replaced with fat. The bone marrow is the soft, spongy tissue that lays within the hollow interior of long bones and that is where new blood cells and platelets are produced. Between the age of 4 and 5 the haemopoiesis (formation of blood cells) takes place at the centre of all bones. If the function of bone marrow and blood is damaged, very often blood cancer (leukemia) is diagnosed. Mutual coordination of lymphoid organs and leukocytes make up the defence of the organism.

Leukocytes or white blood cells are the basis for the specific immune response and they participate in the right functioning of the immune system. There are many different types of leukocytes (macrophages, B cells, T cells, monocytes, granulocytes,…). Each type has got its specific function and they ensure a complex immune defence by their cooperation. Most white blood cells are freely moving through the bloodstream and carry out the immune reaction, either phagocytosis (ingestion of particles, most often a group of leukocytes called granulocytes, monocytes and macrophages), or cytotoxic activity (killing infected cells, so called cell-mediated immunity most often ensured by T cells) or production of antibodies (so called humoral immunity, most often ensured by B cells). Leukocytes fight against tumor cells, viruses or bacteria and that is how they protect the body from diseases. If leukocytes don’t function or they lose their immune capacity, more serious disorder can occur, it is called the autoimmunity.

The presence of leukocytes in urine is a sign of possible disease, for example an inflammatory damage of the kidney or the urinary tract. So the presence of white blood cells in urine indicates a pathological occurrence, which is a symptom of a weakened immune system. When the number of leukocytes in urine is high, doctors commonly prescribe antibiotics. However, it is more important to deal with the cause of the state, for example with a properly selected natural food supplement that will adequately boost the immune system. 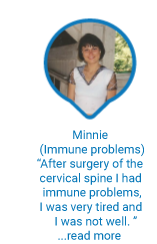 Lymphocytes - B cells and T cells

B cells and T cells originate and mature in primary lymphoid organs. B cells are responsible for the production of antibodies in the first place.

T cells represent the type of white blood cells that are produced in the bone marrow and then mature in thymus. T cells regulate very well the immune system as they secret so called cytokines. That is why it is very important for boosting immunity, to choose a natural food supplement that strengthens the immunity by stimulation of B and T cells.

Adaptive immunity develops during life through contact with a disease causing agent that the immune system has to fight. As a result of each encounter with this agent (antigen), the immune system will remember it and if the antigen is detected again, the immune system is able to mount a stronger response. Adaptive immunity includes cell mediated immunity (cells that ensure the defence), as well as humoral immunity (cells that secret antibodies). These cells cooperate closely with innate immunity cells, with which a person is born. Innate immunity cells are always present in the blood that is why they are able to intervene very fast against any pathogen. The force of their intervention is always the same; they do not create any memory. Same as the adaptive immunity, cell mediated immunity as well as humoral immunity is included. The innate immunity contains (in cell mediated part) so called NK cells (natural killers), which fight against viruses and tumor cells.

Autoimmunity is the system of immune responses of an organism against its own healthy cells and tissues. In other words,  the autoimmunity destroys not only bad cells, but good cells too. Autoimmunity causes damage to its own organism and that can provoke many autoimmune diseases such as Celiac disease (gluten allergy), multiple sclerosis, lupus, Crohn’s disease, rheumatoid arthritis and many other diseases. In these cases the immune system attacks cells of its own organism and this self-destruction provokes many different problems.

When the immune system is weakened, illness occurs more often and it takes longer to cure, as well, the risk of cancerous disease development increases. In rare cases a person can be born with the immunodeficiency but more often it is acquired as a result of a disease or an unhealthy lifestyle.

Except higher susceptibility to viral infections, an immune system disorder relates to many other diseases.

An immune disorder develops during different allergic reactions/allergies caused by so called allergens. Hypersensitivity to harmless substances manifests itself with typical symptoms such as redness, swelling, sneezing, vomiting, diarrhoea or nettle rash. In an extreme case a severe allergic reaction can cause an anaphylactic shock (total collapse) or suffocation because of bronchial tubes swelling. Any allergic symptoms should be a reason to boost the immune system using the proper natural food supplement.

AIDS is a disease caused by the HIV virus that damages the immune system. AIDS, the name of this deadly disease, is an acronym for “acquired immune deficiency syndrome”. Even though AIDS is an incurable disease, HIV infected people must take medication and food supplements all their life.

One of the main immune system activities is to destroy harmful cells that could cause cancer. If the immune system does not fulfil the function of defence, cancer cells multiply and depending on the type of cell, cancer develops. The multiplication of harmful cells needs to be stopped to prevent metastasis, which is when these cells attack other parts of the body. Boosting the immunity with a natural food supplement can stop harmful cells from spreading.