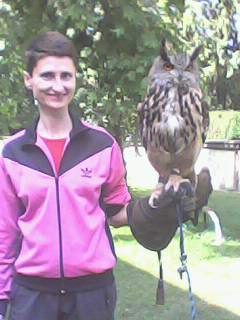 For many years, in fact, since school, I have suffered from gastrointestinal discomfort – bloating, constipation, abdominal pain. It sounds trivial, but you can’t begin imagine how this fairly common problem that everyone sometimes feels can make someone’s life miserable if it becomes their permanent guide. In the winter months, just for a change, I often had colds, and antibiotics became a regular part of my annual diet.

When I was younger, I managed these problems without much difficulty. I was very active. Sport and any physical activity, in general, were my favorite hobbies. I played table tennis, volleyball, participated in skiing, water skiing, aerobics, etc. regularly. I simply didn’t miss any opportunity for movement. During school and later university years, it was not a problem to find the time and opportunity to stretch my body, sometimes even seven times a week. Quite simply, like other people are shopaholics or workaholics, I was a sort of sportaholic.

Like all beautiful things it will one day be gone, so I finished my education and found nothing but a sedentary job. And so over the years, I developed zero physical effort at work, long commuting, household, family and lots and lots of other joys we have with advancing years.

For my albeit quite an inevitable lifestyle change, as they say, I have paid dearly. All the health problems that I have ever struggled with increased in intensity became chronic, or were at least often and gladly returning. If they didn’t happen to be joined by other issues. If I wasn’t insured, I would make both the GP and the gastroenterologist, including the immunologist, very rich. And I was prescribed more and more medications and underwent a lot of different examinations, from still quite tolerable blood tests and sonographic examinations to various rather unpleasant and often painful examinations at gastroenterologists, and all for nothing with zero or minimal effect. 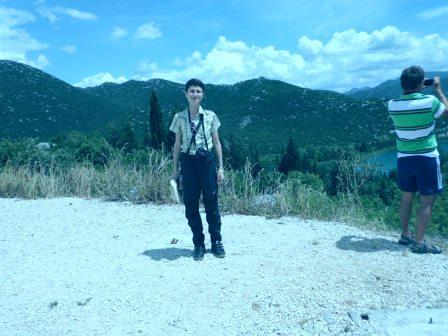 Of course, as a very creative person, I did not limit myself to doctors practicing standard medicine. Maybe one day, I may write a guide through its alternative “sister”. I got to know a lot of interesting and not so interesting therapies, swallowed a large number of supplements, all with minimal or only a short-term effect. If one problem was solved by chance, two more appeared almost immediately, and so on. The overall result was quite sad. The active athlete became a “hypochondriac” who didn’t know what to treat first and couldn’t even catch a chill so it wouldn’t beat me.

Food has also become a stumbling block. It always made me sicker, so the longer I went without eating, the better I felt. I tried to find a diet that would help me. But my problem was that I was sick after almost everything. Every little “expert” that I ever discussed my diet with, advised something else. And I was still looking for some other mysterious cause of all my discomforts because something as trivial as digestion can’t explain all my pain and suffering.

After one examination, it hit me when after years of virtually negative and unexplained tests and examinations, the doctor said: “I don’t think I have ever seen such dysbiosis as you have in your intestines.” Although, this otherwise negative information made me happy – the cause is known; the treatment is easy. For this reason, I started working hard to improve my gut microbiota. I was glad to know what to focus on, and I imagined it being simple. I eat some probiotics, prebiotics, enzymes, and maybe something else, and the problem will be over. But it wasn’t. I swallowed them by the handful, and the result was almost zero. Therefore, I threw myself into fermented food, which made things even worse. And those that didn’t immediately make me sick, eventually over-acidified my stomach. Even avoiding gluten and switching to a non-flatulent Fodmap diet based on the doctor’s recommendation didn’t help much. The bottom line is that I’d spent a lot of money, and with my overall health, I was back almost where I started.

Once more I had a glimmer of hope after discovering Penoxal. At first, of course, after so many negative experiences, I was quite skeptical. But the result fulfilled my request, whispered in the corner of my mind, for Penoxal to work. And that’s what happened. My digestive discomfort began to alleviate and go away. Even the cold that I couldn’t get brush off finally disappeared, and I don’t miss it at all. I’m not sick after meals either, which I consider almost a miracle after so many years. Therefore, it’s a thumbs up from me, and I can highly recommend it for gastrointestinal problems and chronic respiratory tract infections.

The story outlined is true and it was written by Dagmar. Would you like to share your story too? It will help others to decide and we will gladly reward you for it. SHARE YOUR STORY

What is the use of Penoxal in chronic gastrointestinal discomfort?